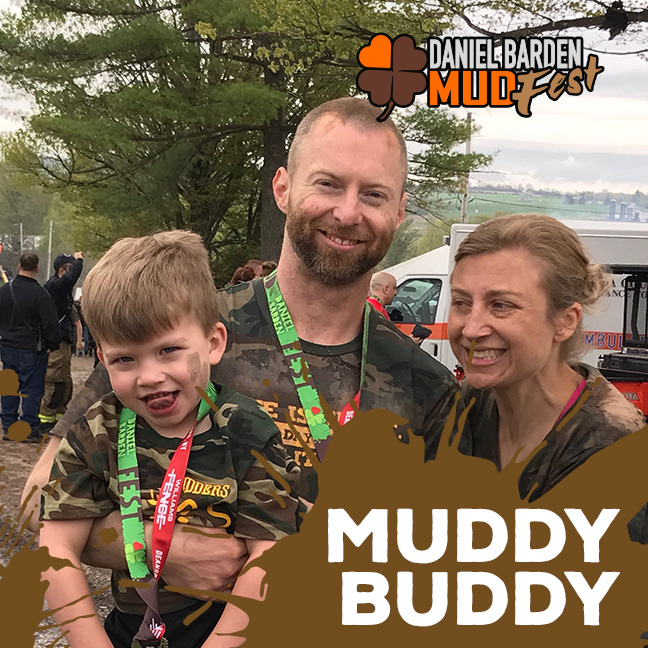 Josh Lewis is the owner of Co-Movement, a center for health, movement and personal growth located on Skyline Drive in Oriskany Falls, NY. The philosophy of Co-Movement is to believe in a world that plays hard, dreams big, and strives to move and live courageously. MudFest is in perfect alignment with this philosophy. As a result, he has participated either as a runner or volunteer for MudFest every year but one, and for Josh, the powerful cause behind MudFest is what draws him to it, year after year.

“I believe in strong leadership, and Dan, Melissa, Jessica and everyone else on the team that organizes the event are not only great at what they do, but also awesome human beings,” Josh says. MudFest was created in memory of the spirit of Daniel Barden, on of the children who lost their lives in the Sandy Hook tragedy. The money raised from MudFest goes to providing an Adirondack adventure experience for children both locally and from Connecticut, as well as to charities of these children’s choice.

Because he trains year-round, Josh has no specific training that he does for MudFest, except adding in a bit more hiking as the snow melts. For those preparing for the race, he suggests hiking or running three times a week on a variety of terrain, and also working on arm strength for the monkey bars and tall obstacle walls. His words of advice for those considering signing up for MudFest?